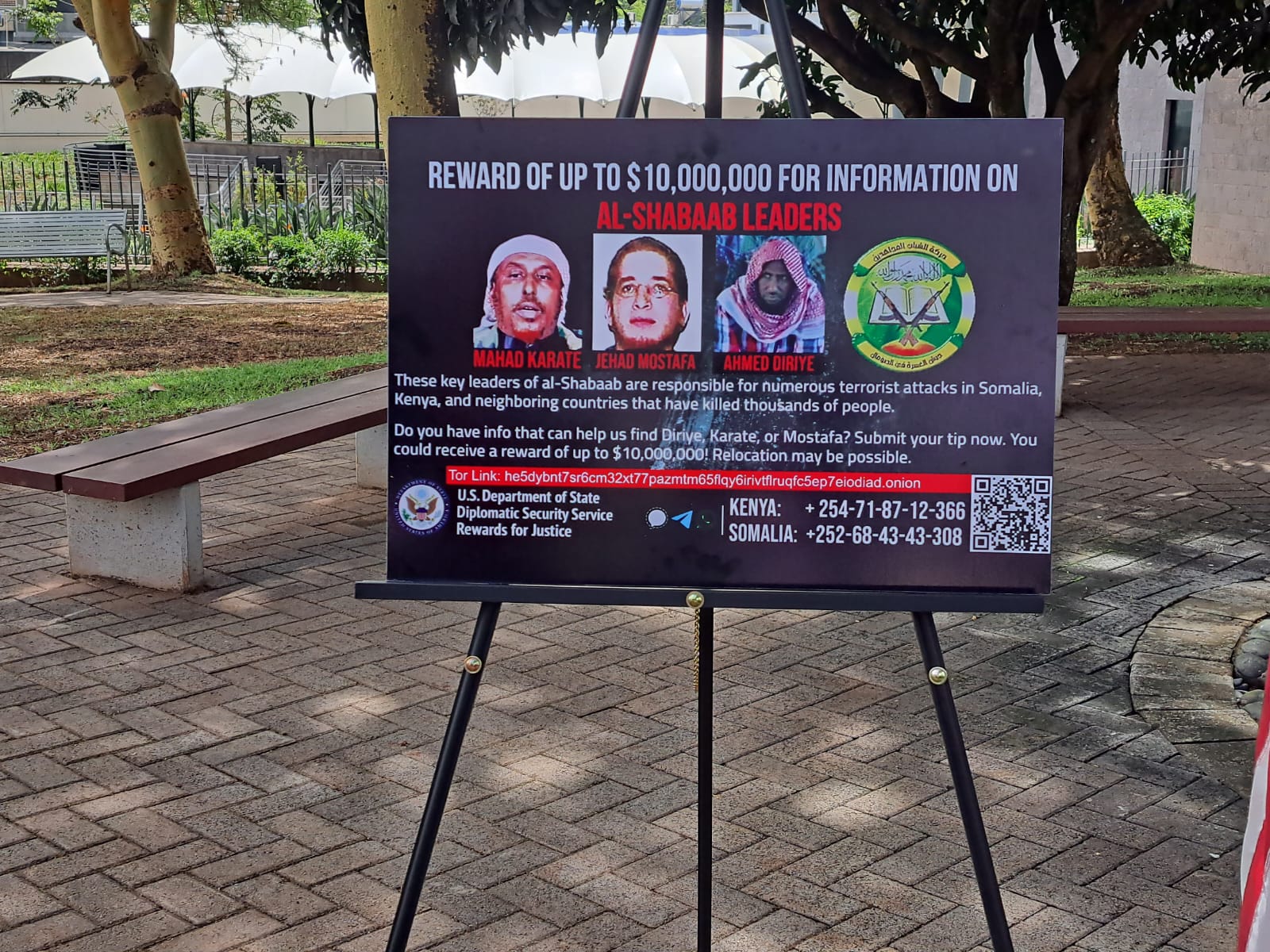 US Ambassador to Kenya releases list of the most wanted terrorists

Larry E. André the US Ambassador to Somalia and Marc Dillard the Deputy Chief of Mission have released the names of three suspected Al Shabaab terrorists.

However, the US embassy in Kenya says the three suspects namely; Mahad Karate, Jehad Mostafa, and Ahmed Diriye are on the loose.

In a statement made today Monday, November 14 afternoon in Nairobi, the US has also offered a token of 10 Million Dollars( Sh 1.2 billion) to persons with information on their whereabouts.

“To our Kenyan and regional partners, the United States is offering reward money for information that will lead to the identification and disruption of Al-Shabaab’s revenue sources and funding.

This is huge information on Al-Shabaab’s exploitation of local natural resources and financial donors and facilitators,” an official at the US embassy said.

According to the US Embassy, the triumvirate are leaders of the terror group responsible for numerous terrorist attacks in Kenya, Somalia, and other neighboring countries. The attacks have led to the loss of lives in hundreds.

The Embassy is confused about the funders of the Al-Shabaab team and so urges anyone with information concerning the same to also report to them.

“We know that Al-Shabaab receives money through a plethora of illegal activities that go on around the world to fund their operations and funding the killing of hundreds of civilians every year,” he added.

The US embassy in Kenya has also promised to protect individuals who give information that will lead to the arrest of the three suspects.

Let’s keep the universe a safe place, What an offer though!